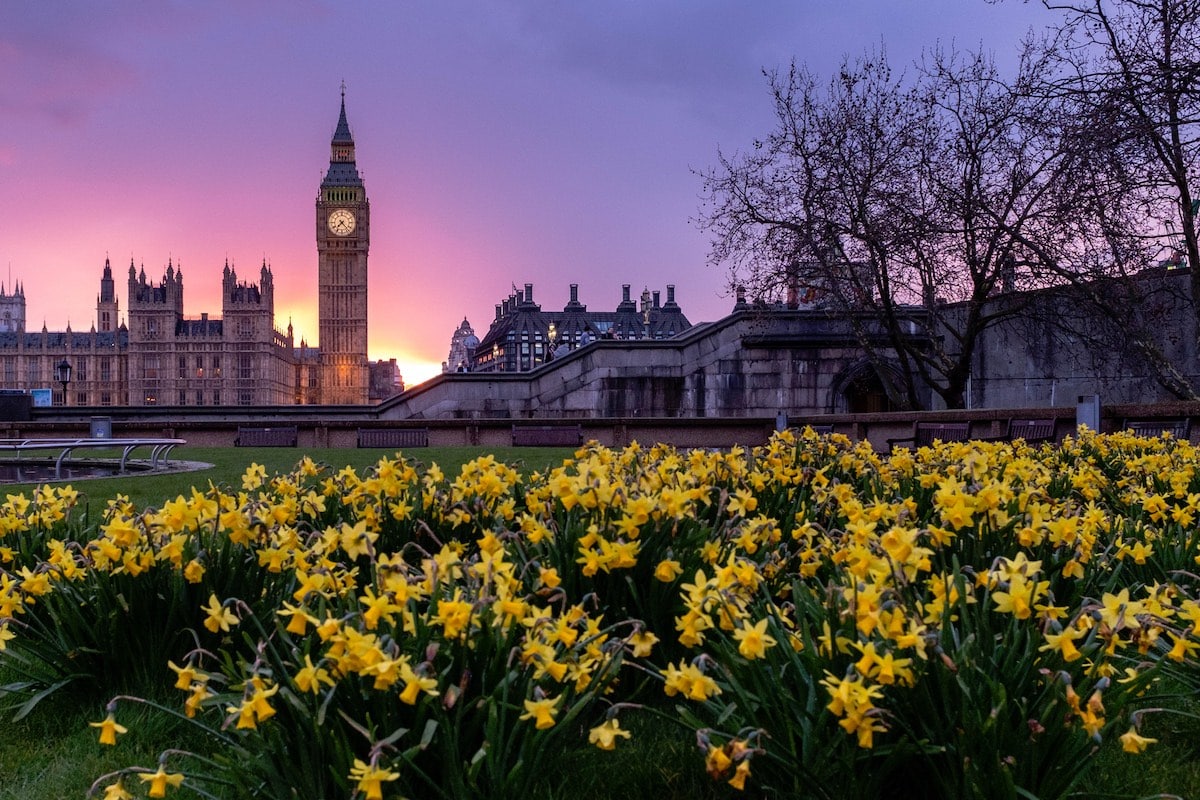 The best events, food, music and things to do in London in April 2017.

From the annual Oxford and Cambridge Boat Race, to the less conventional Goat Race, plus the London Coffee Festival, another treat for Moomin fans and London’s most exciting sporting event, it’s time for another packed month in the city!

Hooooorahhh! Spring is finally here! Just when we were worried we were developing SAD (seasonal affective disorder), the  bright yellow daffodils have arrived to cheer us up, and we can’t stop snapping pics of the beautiful blossom on the trees. It turns out there’s plenty else to get us motivated this month, with the return of the London Coffee Festival, one of the most exciting circus shows in recent years and marathon fever! So it’s time to reveal some of the hottest things to do in London this April.

Whether you’re a latte lover or an espresso expert, don’t miss the London Coffee Festival at The Truman Brewery. Around 35,000 people are expected to attend to enjoy demonstrations and workshops from top baristas, all the tastings your heart could desire, plus live music, DJs, latte art and more! There’s even an espresso martini party hosted by DJ Norman J.

It’s Not Yet Midnight – Compagnie XY

Performing in London for the first time in seven years, French acrobatic troupe Compagnie XY bring their incredible circus show It’s Not Yet Midnight to Camden’s Roundhouse. It looks set to be visually stunning, with incredible stunts, flying, dancing and the highlight – the rarely-seen four-high human tower.

Where better to celebrate England’s national day than by joining the annual festival in Trafalgar Square. The square will be decorated in red and white and there will be cookery demos from celebrity chefs, free entertainment on the main stage and plenty of fun for all the family.

When: 22nd April (the day before St George’s Day)
Where: Trafalgar Square

After a successful festival at the South Bank Centre, Moomin fever is spreading west to Kew Gardens. The three-week Moomin-themed Easter festival will feature an interactive Moomin nature trail, Easter activity workshops, face painting and the chance to ‘meet and greet’ a real-life Moomin costumed character!

When: 1st to 17th April
Where: Kew Gardens

I’ve always loved the London Marathon for the ‘atmosphere’. Watching a guy dressed as a fluffy chicken, a conga line of women over 50 wearing tutus and of course, a few truly inspirational human beings who make you see the world through different eyes. The capital also looks amazing as you watch the snake of runners in colourful vests passing some of the city’s most famous landmarks.

When: 23rd April
Where: The route starts in Greenwich and ends on The Mall

This immersive theatre experience has already been nominated for a string of awards, so it’s no surprise it’s returning to the mysterious venue of The Vaults under Waterloo Station. It’s a full on experience in wonderland, with your personal decisions creating a unique journey through some of the 33 different rooms. Expect to meet the characters you’ve grown up reading about, plus plenty of great music, circus and theatre along the way.

When:15th April to 10th September
Where: The Vaults, Waterloo

The Oxford and Cambridge Boat Race

One of the biggest sporting battles is back. With history dating back to 1829, it’ll be a fight ’til the end as Oxford University take on Cambridge on the 4.2 mile course. If you fancy spectating, head to Putney Bridge, Craven Cottage or the finish at Chiswick Bridge. OR for something completely different, head to Spitalfields City Farm where the annual goat race is taking place! Yes, two goats (one representing Oxford, and another Cambridge) will be racing around the farm.

When: 2nd April
Where: The boat race runs from Putney to Mortlake with the women’s race at 4.35pm and the men’s at 5.35pm.

Wildlife Photographer of the Year

Head to the Natural History Museum to take a look at some of the most incredible photos of the animals from around the world. By a mix of amateurs and professional, this really is a must do for any animal lover.

When: Open until September
Where: Natural History Museum

With a beautiful array of colourful canal boats, Morris dancing, real ale and delicious food, this really is a quintessential English festival. It’s got that real local vibe, it’s totally charming and seems like the perfect place to spend the May bank holiday.

When: 29th April – 1st May
Where: Little Venice and Maida Vale

While it’s not quite in London, there are plenty of great events taking place in the Chilterns if you’re a foodie like me! Amersham and Chesham are both on the tube line and once there, you can head off on a vineyard or brewery tour, take part in a ‘cooking with fire’ workshop or visit some of the region’s top foodie pubs.

When: 25th March – 2nd April (with several opportunities to explore later in April too)
Where: Across the Chilterns (end of the Metropolitan tube line)