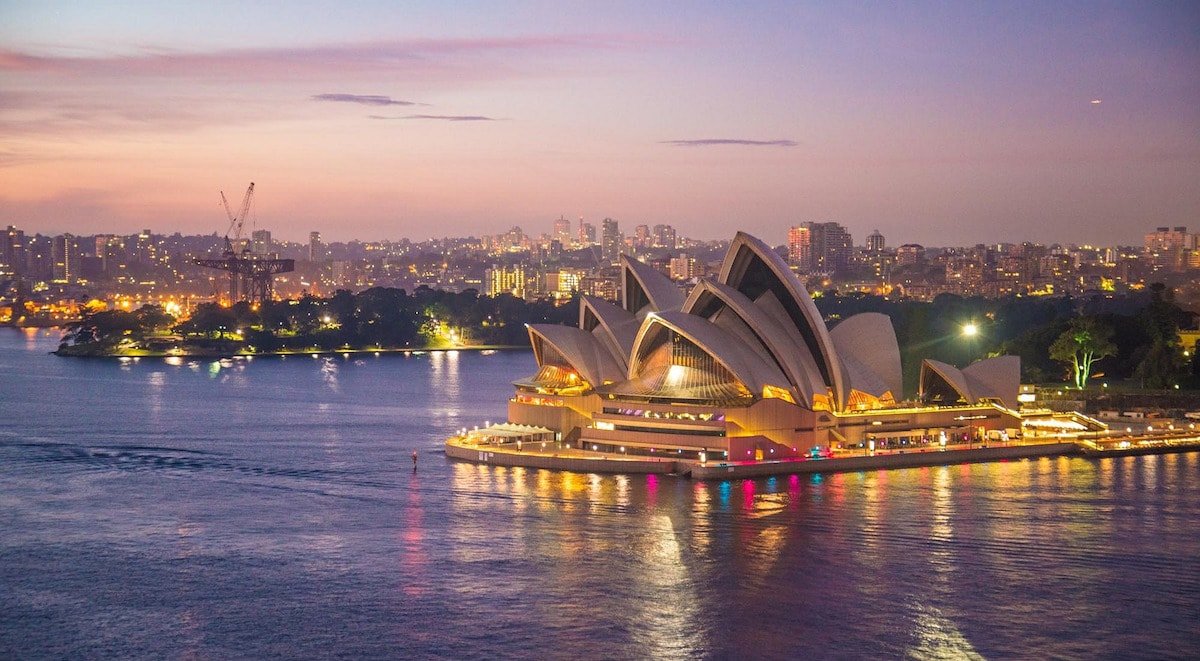 It’s time to find out Australia’s top travel destinations, according to Instagram.

If you didn’t Instagram it, then did it really happen? Err yes, of course. But we have turned into a planet of over-sharers, and our love of capturing every moment is at its peak when we’re exploring some of the most beautiful places in the world.

When it comes to stunning views and interesting landscapes, Australia has got plenty, and adding up the hashtags, it’s easy to see where you guys love too. From Sydney Harbour Bridge to the Opera House and the pristine white sands of Bondi Beach, it’s somewhere that’s been on my bucket list for a long time.

If you’re planning a trip, Flight Centre have just shared some top tips for Brits visiting Australia from the UK, including the most Instagrammed spots in the country. So, let’s find out where people have been snapping the most!

A stone’s throw from the hustle and bustle of Sydney, Bondi has notched up a whopping 790,000 hashtags! It’s one of the most visited beaches in all of Oz. Famous shots include surfers braving the waves and Bondi Icebergs – one of the most snapped swimming pools on the planet. Now that’s somewhere I’d love to dive into!

Sydney’s most popular ‘gram, with more than 400,000 hashtags, is Sydney Opera House. With over 40 shows a week there’s something for everyone, but of the snaps gracing Instagram, most are of its iconic exterior.  Considered one of the greatest architectural endeavours of the 20th Century, the building comprises three groups of interlocking vaulted ‘shells’ which sit on a large platform, surrounded by terraces – the perfect place for catching some afternoon rays.

When it comes to paradise, the Great Barrier Reef is one of the places that tops the dream destination list of many…including me! Just off the coast of Queensland in northeastern Australia, the 2,300km-long ecosystem is described as the largest living thing on the planet, making it one of the best places to dive and snorkel. There are 380,000 hashtags, and most of the pics are as dreamy as this one!

Another buzzing spot in Sydney, Darling Harbour has notched up an astounding 360,000 hashtags! People are always documenting their delicious meals at the many foodie venues (including an award winning gelato bar!) and views of the beautiful reflections on the water. While it’s home to a host of popular attractions including Sydney Aquarium,  Madame Tussauds, Sydney Wildlife World Sydney Entertainment Centre, it’s views like this that really make me want to visit.

Another of Australia’s most famous icons, the wonderful feat of engineering that is Sydney Harbour Bridge attracts crowds who ‘gram it from every angle. Whether it’s the legendary New Year’s Eve fireworks flying off it, people braving the bridge climb, or just pics of the beautiful sunsets, it’s surprising it’s not even higher up the list.

One of the dreamy Whitsunday Islands, Hamilton Island has accrued 225,000 hashtags with people grabbing their phones to snap the paradise beaches, turquoise waters and incredible underwater life. July to September is an extra special time to visit, as you might be lucky enough to catch a glimpse of migrating whales!

And a special mention to Uluru / Ayers Rock. As it’s more remote, it’s not been snapped as many times as the places on the rest of this list, but it’s still worthy of a place on my Aussie Instagram wall of fame! With magical shots like this doing the rounds, it’s easy to see why people love it so much.

Looking for other photogenic places to visit in Australia? How about checking out the Great Ocean Road in Victoria, Wineglass Bay in Tasmania or the jaw-droppingly beautiful Lord Howe Island? There are so many stunning spots, let me know your favourite!

2 thoughts on “Six Of The Most Instagrammed Places In Australia”