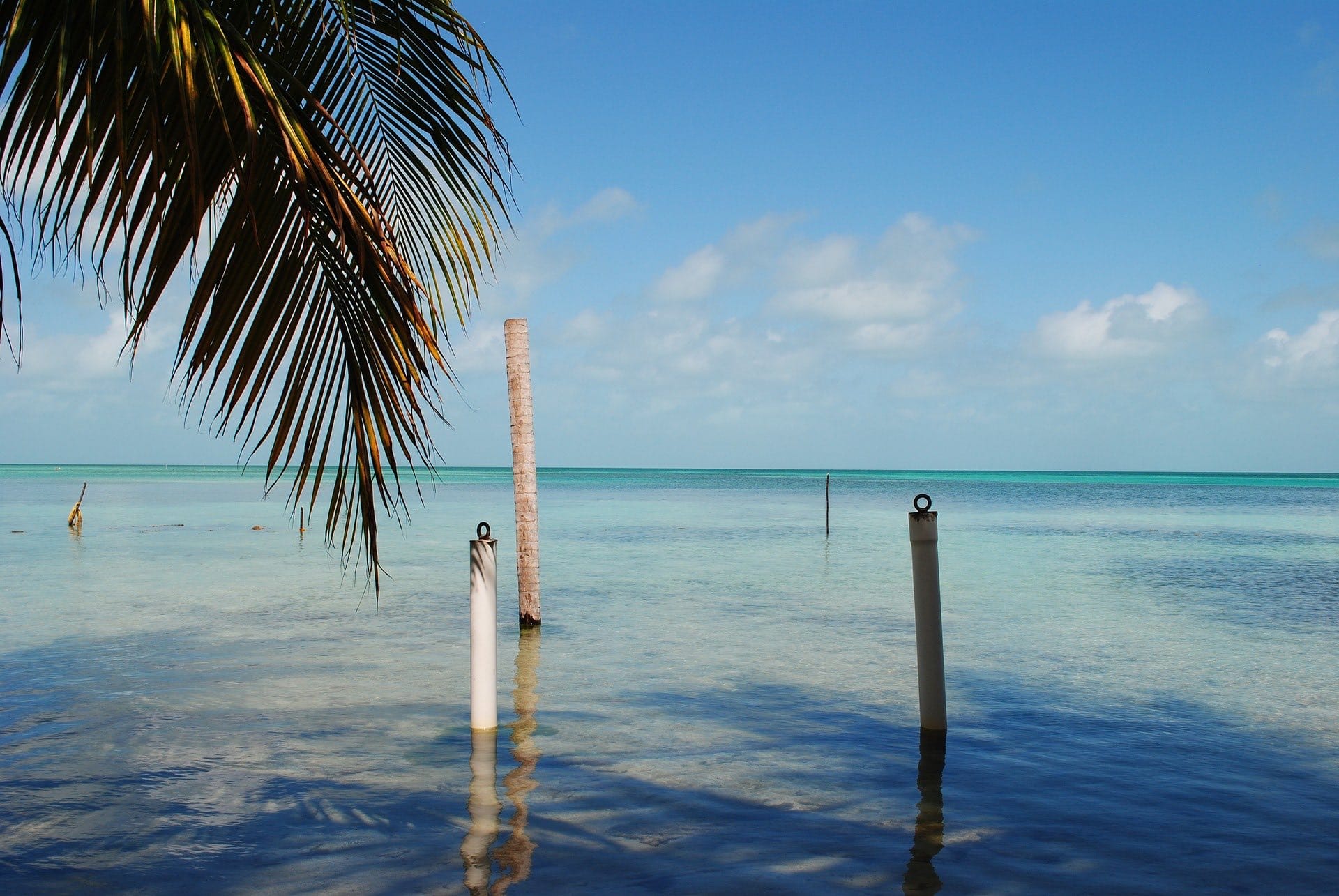 Caye Caulker in Belize is a paradise island with a motto of “Go Slow”. It turned out, on this boat trip, we’d be lucky to be moving at all!

I travelled to the Belizean island of Caye Caulker by water taxi from Belize City. Many people said this would be one of the highlights of my entire tour down Central America! It’s a paradise island, next-door to the island Madonna sang about in La Isla Bonita. Shack-like brightly coloured homes and weatherboard hotels line the 3 main streets, some on stilts waiting for storms to set in. Fishermen returned with their catches as we disembarked the boat. Life on Caye Caulker seemed relaxed and tranquil, and I could see why the island’s motto was ‘Go Slow’. With only one full day on Caye Caulker we were keen to pack in as much as possible. We booked onto a full day sailing boat trip with Ragamuffin Tours which would take us out to explore the amazing coral reef, see sharks and turtles and maybe even manatees. As if that wasn’t enough, we were won over by all-inclusive Belizean rum punch!
The morning got off to a shaky start. Huge downpours overnight, followed by flash-flooding and rain in the morning. Was this really the day to be setting sail? The boat company delayed the tour for the storm to pass and seemed confident all would be ok. We slid down a rain-soaked pier and boarded the sopping wet sail boat. Twenty minutes in and we were heading for stop one in the Coral Garden. If only a giant black cloud wasn’t in the way…
The captain decided to head for stop two instead, but then all of a sudden the huge black cloud was hovering over us. The heavens opened, and 11 of us attempted to squeeze into a partially open cabin area big enough for 3 people. Rain pelted from every side, most of it in horizontal sheets. I looked out, and couldn’t see further than 3 metres away. The captain, still standing by the motor, looked scared. The boat rocked high and low, and just audible over the rain was Bob Marley ‘…don’t worry, about a thing…’ Very apt. One of the group joked ‘Come on everybody, flippers on, here’s stop one!’ The storm eventually passed and we snorkelled with sharks, stingrays, turtles and beautiful tropical fish. The unfortunate start to the day was behind us. We were warmer and drier in the water than in the boat! A few stops later, we’d ticked off eagle rays, every type of coral and more. It had been a good day. So, nothing prepared us for what happened next.

‘We’ve run out of fuel.’
‘Yeah right, very funny. Imagine THAT after what happened this morning!!’
‘No, seriously…’
We waited. And waited. And then, the blackest of the black clouds moved towards us.
‘Imagine if we got stuck in a storm like this morning without any fuel?!’

Ten minutes later, all 11 of us, were back cowering in the cabin area, sipping rum punch. I wondered when the Bee Gees ‘Stayin’ Alive’ would come over the speakers. We dropped the anchor, huddled together and prayed this would be one of those stories we lived to tell. Pelting rain, a rocking boat, a captain who looked like he would rather jump in, and 11 slightly tipsy tourists. Visibility dropped to 2 metres, and everything looked bleak. Thankfully the storm eventually passed… and our hero Jay arrived with a container of fuel. Back on dry land we celebrated being alive, and what an unforgettable day it had been. No doubt, whenever I hear Bob Marley I’ll be transported back to that epic day, and maybe toast the memory with a big cup of rum punch.