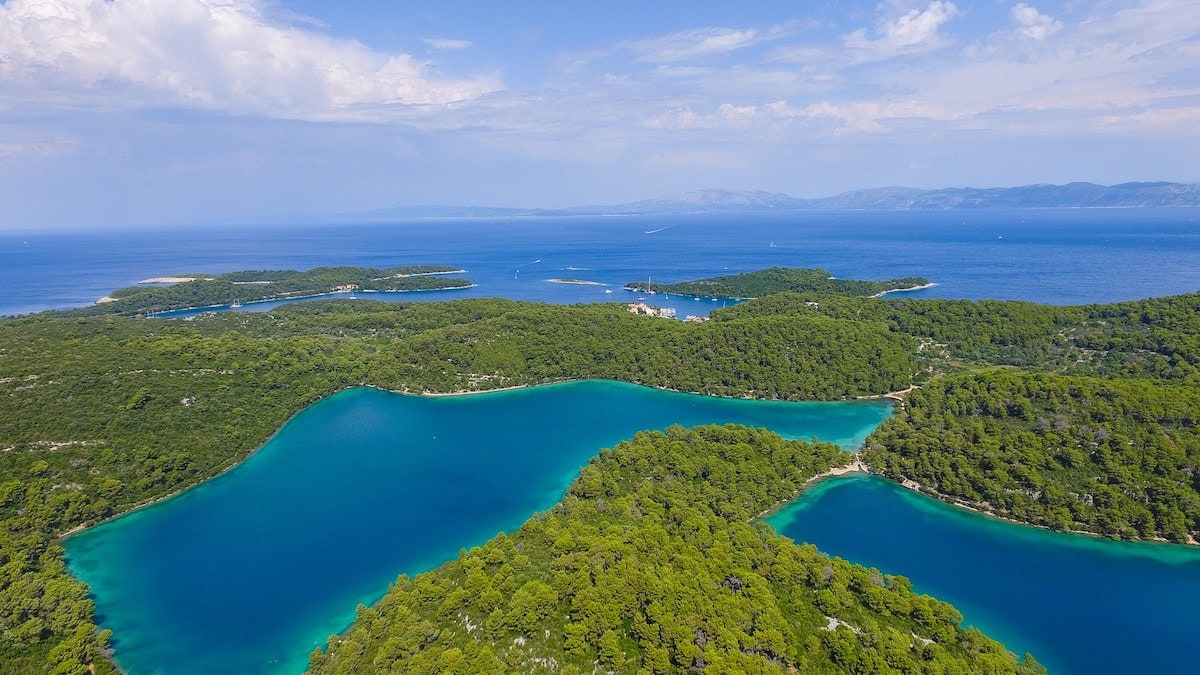 Dubrovnik is one of Croatia’s prettiest cities, but great news – there’s plenty to do outside of the city too. If you’re looking for some extra activities as part of your holiday, here are the best day trips from Dubrovnik.

If you read this blog regularly you’ll know Croatia is one of my favourite countries. I love the colours, the lifestyle, the food, the history and the scenery. It’s somewhere I recommend on a daily basis as I think it’s the perfect holiday destination.

Dubrovnik is one of my favourite places in Croatia. I’ve been several times now, and while Split is lively and fun, Dubrovnik feels its more sophisticated older brother. I love wandering the cobbled streets with an ice cream in one hand and my camera in the other. You can spend your morning exploring the stunning city walls, and your afternoons watching daredevil cliff jumpers at Buza Bar (carved into the rock edge).

While its popularity has been growing over the years, with tourists looking for alternatives to Italy and Greece, Game of Thrones has definitely helped catapult Dubrovnik to the top of everyone’s bucket lists.

Stepping into the centre of Dubrovnik is like walking into a fairytale! This Croatian coastal city is enchanting and majestic, with its ancient city walls enclosing the pretty cobbled streets. But while there’s plenty to keep you busy in the city itself, there are also some great day trips from Dubrovnik too.

The city is in a unique location which allows you to cross borders and enjoy a flavour of other countries during your holiday. So whether you fancy checking out Mostar in Bosnia and Herzegovina, taking a boat to a nearby island or experiencing the rich culture and dramatic scenery of Montenegro, here are some of the best day trips from Dubrovnik.

How To Get To Dubrovnik

Dubrovnik is the most southern city in Croatia, so the best way to get there is by flight. As tourism is booming, there are lots of flights in the warmer months of the year. In the winter, you may find yourself having to shop around a little!

If you’re already in Croatia, you can reach Dubrovnik by bus from Zagreb, Split, or Rijeka to name a few spots.

The non-stop airport shuttle from the airport to Dubrovnik old town takes around 40 minutes (20km), and costs just 40 HRK (£5). It’s easy to navigate (even with little grasp of Croatian!) and the bus pick up and drop off points can be found in front of the terminal building itself. You can either buy tickets online before your trip, or purchase them on the bus.

If you’re looking for a more relaxing experience, or want to be dropped at your hotel, you can a taxi from Dubrovnik airport to the old town costs around 200 HRK (£25).

So you’ve made your way to Dubrovnik. Now it’s time to enjoy your holiday, including a few day trips!

The Best Day Trips From Dubrovnik

If you fancy checking out Bosnia and Herzegovina, then take a look at day trips to Mostar. It takes about two and a half hours to drive there, but it’s a scenic drive that you’ll be glued to the window for.

Mostar itself is a very pretty city, but with a very sad past – one it still bears the scars from. If you take a tour, the guide will tell you all about the history and the two wars between 1992-1995. When I visited, one of the first things I spotted were bullet holes on derelict buildings. I was struck by the reality that I was entering a former war zone… and with that came a surge of emotion. Read more about my experience here: Dubrovnik to Mostar day trip

In contrast to the dark past, is the beauty of UNESCO world heritage site of Stari Most (the city’s bridge). Every year hundreds of people bravely dive off the top 24 metre height and plunge to depths of up to 6 metres. When I visited I saw some Speedo-clad professional bridge jumpers collecting donations before taking the leap off the edge. I really enjoyed the day trip from Dubrovnik to Mostar, and would definitely recommend it.

One of the most popular Dubrovnik day tours is to Montenegro – a country known for its epic scenery! As part of most day trips, you’ll explore the historic towns of Kotor, Budva and the charming town of Perast.

With a designated tour guide onboard to tell you all about Montenegro’s sights and history, you can relax and enjoy the ride. The tour starts in the morning and typically lasts for 11 hours, so this is a full day trip from Dubrovnik.

Kotor is a unique fortified town that is great for sightseeing. It’s located in a bay near the limestone cliffs of Mt. Lovćen and is filled with gorgeous winding streets, squares and churches. It’s a very pretty place. Meanwhile Budva is another beautiful town in Montenegro, with sandy beaches, stone walls encasing its medieval old town and plenty of great spots to relax with a cocktail or ice cream in the sunshine before heading back to Croatia.

With so much to see, it’s easy to understand why day trips from Dubrovnik to Montenegro are one of the most popular things to do!
Check prices and availability here.

Take A Boat Trip From Dubrovnik To Lokrum Island

One of the best boat trips from Dubrovnik is to the island of Lokrum. It’s the perfect escape from the hustle and bustle of the city centre and is one of the easiest islands to reach – I mean you can see it right in front of you! It only takes 15 minutes to get there by taxi boat, and costs just 35 HRK (£5), so it’s one of the cheapest day trips from Dubrovnik.

One of the most popular attractions on Lokrum is a miniature version of the “Dead Sea.” It’s a small, shallow salt lake found near the centre of the island and you’ve guessed it – you can float there, just as you would in the Dead Sea. There’s also a nude beach on the Southern coast of the island, which is ideal for anyone who might want to get rid of those dreaded tan lines!

If you’re feeling up to it, you can also hike to Fort Royal – another Game Of Thrones filming location. The island of Lokrum is very small and quick to get to, so it’s a popular choice for full or half day trips from Dubrovnik. You could leave after lunch and arrive back by sunset!

Day Trip From Dubrovnik To Split

Ok, so this is where you need to think about Croatia’s geography a little as Split isn’t just down the road. The distance between Dubrovnik and Split is 230km so bear that in mind if you fancy a trip from Dubrovnik to Split. My advice would be to stay overnight in Split so you have a bit more time (and can enjoy the city by night too!)

However, Split is the centre and heart of the Dalmatian Coast, and is well worth a visit if you can squeeze it in! A lot of the Dubrovnik excursions include tours of the city centre (a UNESCO World Heritage Site) including Diocletian’s Palace, Split Riva and more.

I’ve visited the city several times now, and one of my top recommendations would be to climb Marjan Hill. From there you get some stunning views of the city and the bright Adriatic waters. Or for another fab view, head up the bell tower of St Domnius Cathedral.

Hello paradise! If you’re looking for stunning, unspoiled nature, then Croatia’s Mljet National Park is definitely worth a visit. To get there, you hop on the fast catamaran from Dubrovnik which takes just under two hours.

The main attractions here are the two inland saltwater lakes known as Malo Jezero (Small Lake) and Veliko Jezero (Big Lake). You can swim, hike, snorkel and generally enjoy the views. If you fancy something adventurous, head out in kayaks on the lake.

Or if you want a stunning view of the park, you can hike up some of the hills. If you visit as part of a day trip from Dubrovnik your national park entry fee will be included in the price of the tour. Otherwise, expect to pay around 90 HRK.

Located on the Adriatic coast, Dubrovnik enjoys a Mediterranean climate with cool, wet winters, and hot, dry summers. The best time to visit for warm, sunny days is in the summer months. It’s worth noting that temperatures peak around 30°C in June, July and August, so pack plenty of sun cream. Fancy checking out Dubrovnik in low season? Don’t expect to swim! Temperatures drop to below 7°C and 13°C. Brrr!

When Is The Best Time To Visit Dubrovnik?

As it’s a popular city, Dubrovnik gets incredibly crowded in the months of June, July and August. May, September and October are great months to visit as the temperatures aren’t quite so high and the majority of the cruise ships have left the port. This means you can your holiday in peace. Another plus is that tourist prices drop after high season, so you’ll be able to enjoy your break at a fraction of the cost.

I hope you enjoy taking some great day trips from Dubrovnik! Let me know where you decide to go. 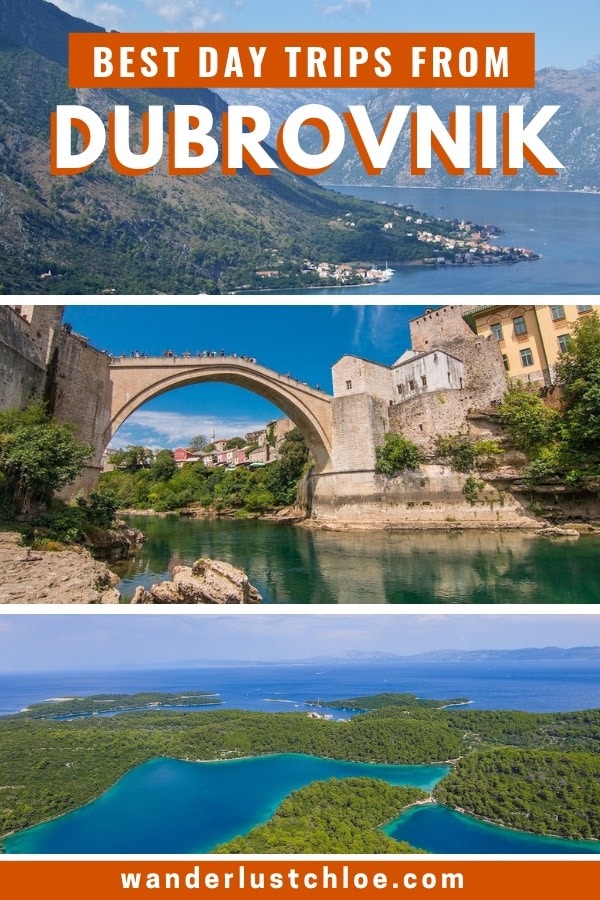 2 thoughts on “Day Trips From Dubrovnik”