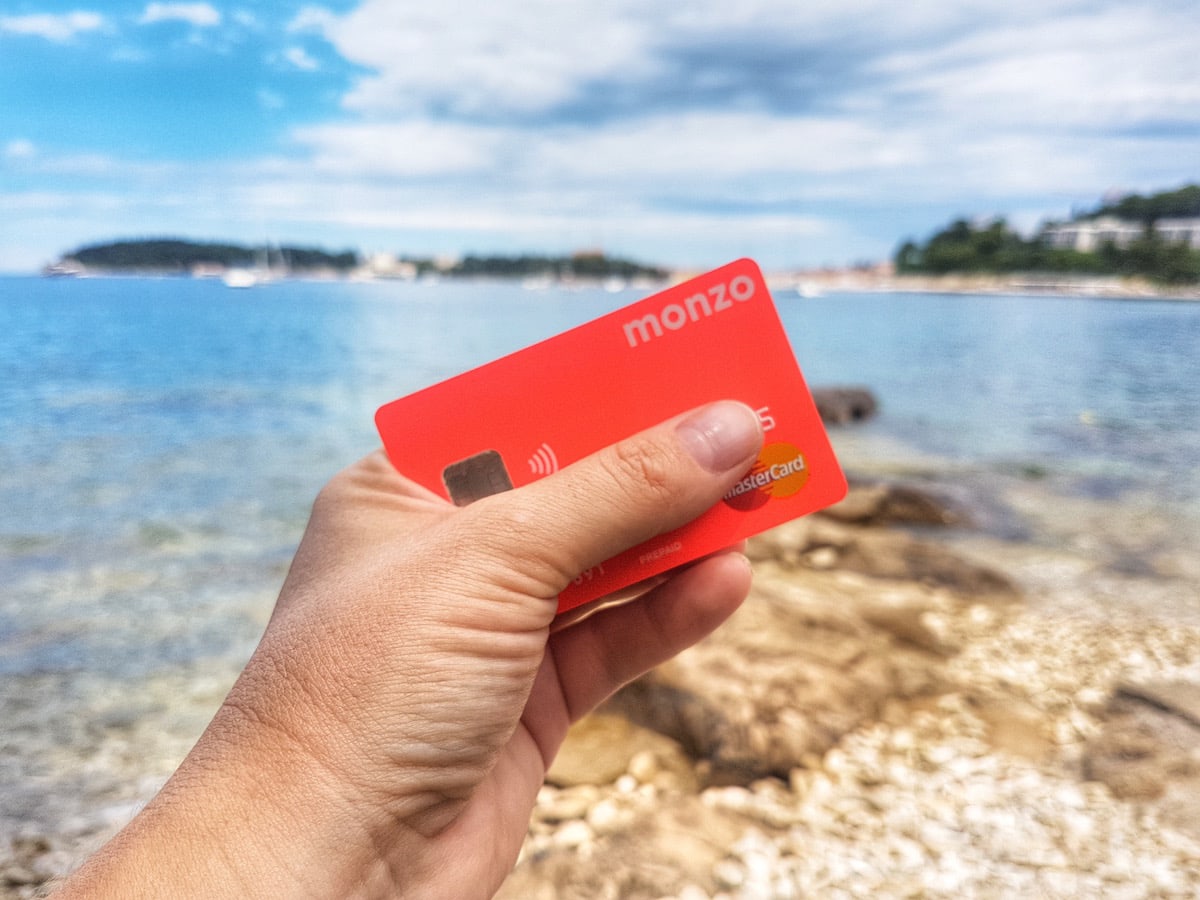 This little neon prepaid Monzo Card is about to change the way you spend on your travels, with no ATM fees or transaction fees abroad.

One of my biggest bugbears about travelling is losing money for no reason. Hidden accommodation fees (Airbnb cleaning costs – I’m talking about you), pesky charges for wanting to sit with your friends on a flight (Ryanair – guilty)… I even remember being charged for a clear plastic bag to go through airport security. I didn’t even want a plastic bag!

They’re the costs you don’t predict when you’re planning your trip. They’re the ones that sneak up on you. They’re either unavoidable, or make for a less enjoyable trip if you don’t pay them.

My biggest gripe of all? ATM and currency fees. Spending money on money. You have zero to show for it. It’s just gone. Bye bye. Auf Wiedersehen. Adios.

When I travelled around Central America and Mexico for three and a half months I tried to be as savvy as possible, using my HSBC card to withdraw large amounts from ATMS every now and then, rather than lots of transactions of smaller amounts. Yet, I was still shocked at the charges. The highest was £9 in fees to get around £200 in cash.

As I travel so frequently now, I often exchange currency in advance, and use a place in Central London with the best conversion rates. It can mean carrying large amounts of currency though, something that I don’t always want to do. Plus, you’ll be charged if you want to convert it back after the trip.

But now the Monzo card has landed into my life and changed the way I spend abroad. I first heard about the magical Monzo card (previously Mondo) just over a year ago. A few of my London-based friends had them. As they’re prepaid, and have a user-friendly app with clever itemised billing, they found them handy for budgeting each month. They raved about the card, but however enthusiastic they were, I couldn’t understand why I’d need yet another piece of plastic in my wallet.

But then I heard about the travel benefits. I was hooked!

Monzo don’t charge any fees for using the card abroad, whether that’s at shops and restaurants or withdrawing money at ATMs. Remember those £9 charges here, £3 there and more on my travels? It was hard to believe they would be no more!

It’s not the only card like this at the moment. The Revolut card has pros with its travel spending, but the cons include just £200 of fee-free ATM withdrawals a month and a £5 delivery fee. There’s Starling Bank, but for their fee free spending you’ll need to open a  new current account.

So for me, Monzo seemed like the clear winner. I was excited to road test it while travelling through Italy, Slovenia and Croatia. And yes… I was impressed. First things first, here’s how to get your hands on a Monzo bank card, and how to set it up.

How To Apply For A Monzo Card

Monzo is an online only bank, with everything run via an app. The brand claims to offer banking that’s as smart as your smartphone!

Once the card arrives, you’ll receive the pin for the card via text message, and be able to top it up whenever you choose by using the app.

You top up the prepaid card in pounds, so when you pay in another currency, e.g. Euros, the card uses MasterCard’s exchange rate. This is usually one of the best out of the credit card rates.

I used the Monzo prepaid card on my recent road trip around Europe, and found a few really great benefits…

And the cons of Monzo? The fact you might have to join a long queue.

I’m looking forward to using my Monzo card abroad again soon. Keep an eye out too, as they’re just about to launch their own current accounts… Perhaps that will be another game changer in banking.

How do you spend abroad? Do you like to carry cash, or use your bank card? Would you like to try Monzo?

This is an impartial review – all opinions are my own and I would genuinely recommend the card.

2 thoughts on “Monzo Card Review: No Fees For Spending Abroad (+ jump the queue!)”