Because sometimes a girl just changes her mind…

Wake up. Check work phone. Reply to a few emails. Check personal phone. Go on Twitter. Realise it’s 4.29am. Tweet that I can’t sleep. Mentally run through schedule for the busy day ahead. Go back to sleep. Wake up again. See urgent email. Try to go back to sleep. Give up and go for a run around Regent’s Park. Coffee. More emails. It’s not even 9am and this is my routine… or at least it was. 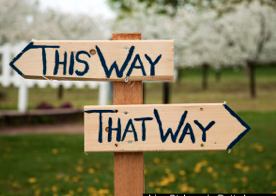 That was me as an artist manager. I helped develop new musical talent into the next global superstar. Previous to that I managed contestants on The X Factor, and before that I was a producer at one of the UK’s most popular radio stations. I love being creative. I have an appetite for fun and prefer to run on adrenalin living a crazy 24/7 lifestyle. Believe me, these are all jobs that sound a lot more glamorous than they are, although for all the long hours and hard work, there are perks!
Let me get something off my chest. I am one of those annoying super-organised people – totally in control of my life, along with several other people around me. I am that friend who has a daily itinerary on holiday, or a mental directory of dinner spots in London.
After several stressful months at work, I felt like I was losing sight of what I wanted and where I wanted to go. My job was all about planning the careers of others… so why was my life starting to slip away? I was turning into a robot who, while on a night out with friends, couldn’t keep track of conversation as I sat with two phones, replying to emails at the speed of light, while organising Addison Lees, stylists, appointments and more. I missed a huge chunk of Christmas and worked through my birthday.
Now, when I say my life was slipping away, that makes me sound a) over-dramatic b) old and c) like I was having some kind of breakdown! None of these apply, but it was the reality check I needed. 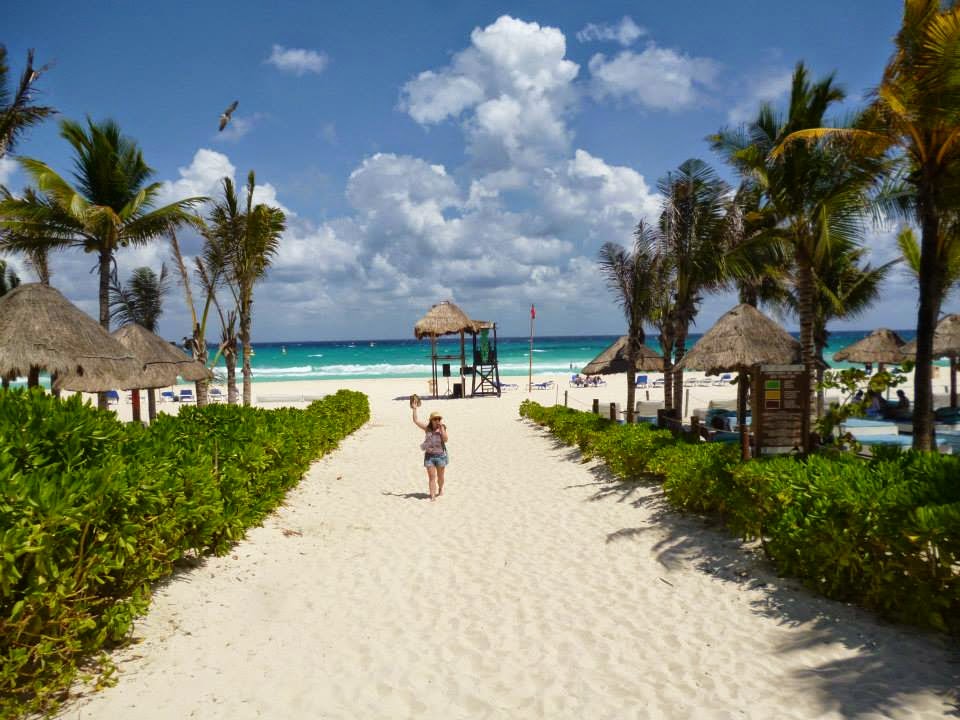 I took a few weeks off to go on holiday with a friend. I locked my work phone in the hotel safe, only switching it a handful of times throughout the trip. I distanced myself from schedules, urgent invoices and more. I relaxed and enjoyed myself – loving a bit of clichéd ‘me time’. I relished my 3pm frozen strawberry daiquiri on the beach, listening to chill out music while reading Glamour magazine.

Rather than having the usual post-holiday blues, I returned feeling refreshed and in control of my life again. Changes within my company led to an exciting offer for me… but I was chasing a new dream. 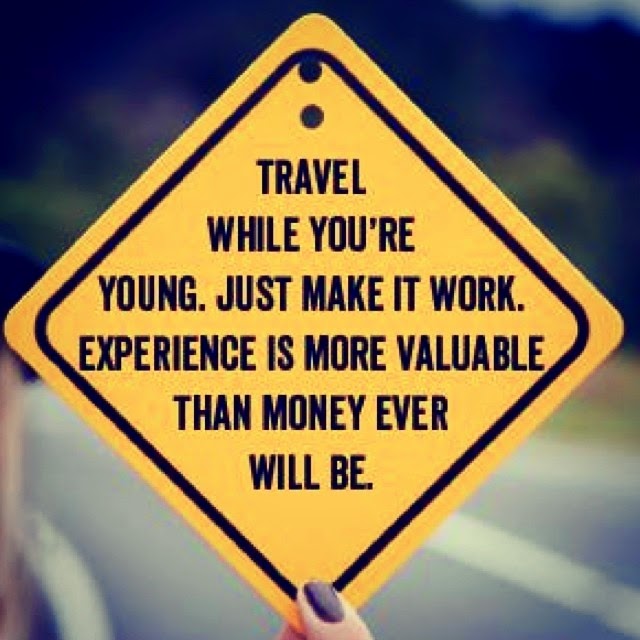 So, I did it. I resigned. I have never left a job without having another to go to (other than the two days I temped at a construction company after university – that was not for me). People called me ‘brave’ – but insinuated a mix of stupid, irresponsible and rash!
It’s time for an adventure. Three months away from reality, work and looking after other peoples’ lives… time to start looking after my own. While I’m using some inheritance money to kick me off, it won’t be all five star hotels! I’m budgeting heavily, and enjoying reading travel blogs on how to see the world on a shoestring.
I’d love to say I’m just heading off with a backpack and a plane ticket, with no plan… but that’s not quite me! So in September I’m heading to Mexico where I’ll spend a month learning Spanish, before travelling around Belize, Guatemala, Honduras, Nicaragua, Costa Rica, Panama and Cuba.
In January 2015, I’ll be back in London, so if you have a job for a Spanish-speaking, Central America expert, with a penchant for an itinerary – drop me a line!
This blog was originally written for the Huffington Post. 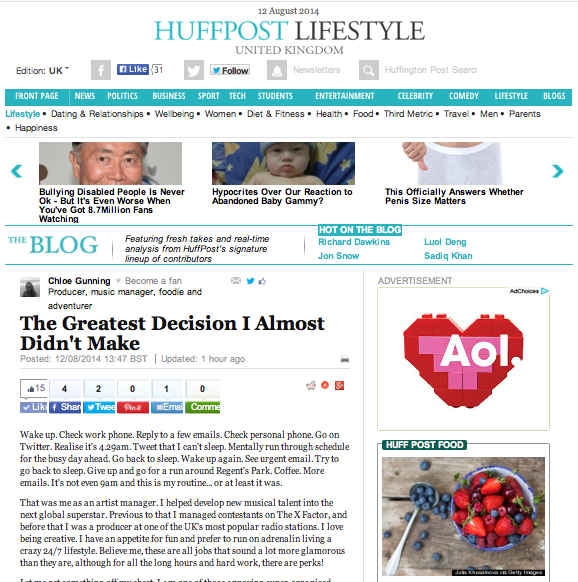 Solo Female Traveller: So What Is It Like To Travel On Your Own?

I totally understand your need to escape and do something new!