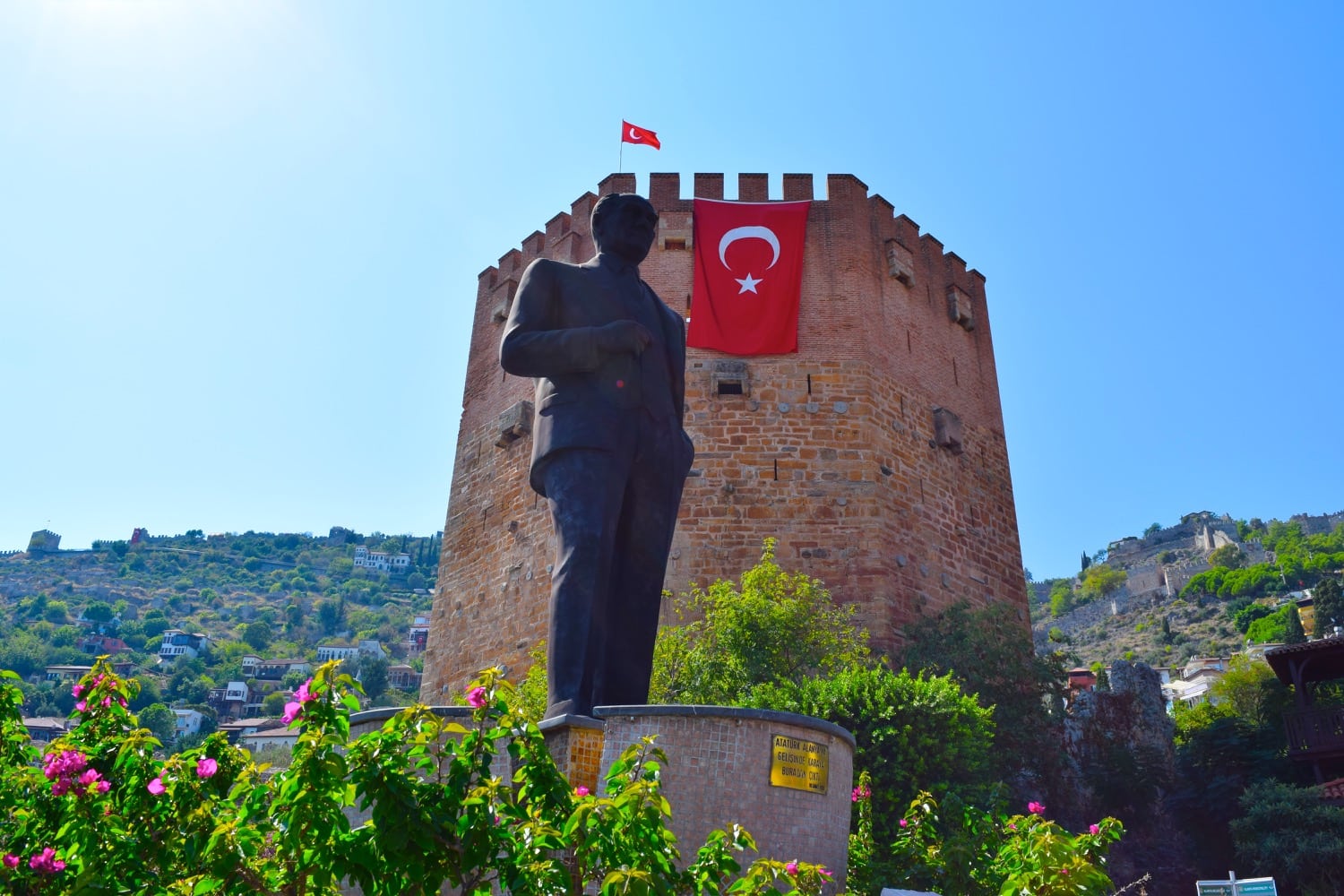 Time to explore the historical side of Alanya in Turkey.

I’m a little ashamed to admit that I’m not a history buff. People assume those who travel lots, have brains filled with historical dates and political facts. Dates often escape me, I mix kings and queens up, and don’t get me started on ancient politics! It’s often a tumbleweed moment! But, I do really enjoy dipping into the history when I visit a country, after all – it’s what came before that shaped the place into what it is today. I’m just not going to pretend it’s my forte.

When I visited Cappadocia earlier this year, I LOVED being able to touch the history! I spent days exploring ancient underground cities and caves. It wasn’t like trudging around a soulless museum filled with artefacts – it was real.

The same goes for Dubrovnik. Climbing all over the city walls was exhilarating and gave me the chance to see the city from the perspective of those who created it.

Mostar in Bosnia and Herzegovina was fascinating in another way. Tragic scars marred the beauty. Bullet holes showed the real brutality of the events in the 1990s. Seeing it for myself encouraged me to learn about the city’s sad past.

So when I found myself in Alanya in Turkey, I couldn’t wait to explore the culture and history first hand – ideally by walking all over it!

Alanya played an important role in the Ptolemaic, Roman, Byzantine and Ottoman Empires, but the part I found most fascinating was the city’s mythological roots. Egyptian Queen Cleopatra toured the region and met Antonius there. Eager to impress her, he gifted her the city as an extravagant wedding present. Beats a butter dish or a fondue set!

The city’s most iconic landmark is Alanya Castle, and its 6km outer wall is visible for miles. Dating back to the 13th Century, it sits strategically on a rocky peninsula. I enjoyed wandering all around the ruins, which include numerous cisterns and the shell of an 11th-century Byzantine church. Matching the beauty of the ruins, is the breath-taking backdrop of the bright turquoise ocean. It certainly made for some impressive photos.

Other uses for the castle included being the storage place for pirate loot, and where slaves were bought and sold.

While Alanya Castle is one of the main historical landmarks… there is also the octagonal Red Tower and the old dockyard. Alanya was an important trading port, particularly with Egypt, Syria and Cyprus. The Red Tower, built in the 1200s to protect the harbour and dockyard from naval attacks, is now home to a museum of ethnography. My favourite way to see these landmarks was from a galleon ship out in the water… particularly to understand the feeling of coming in to the historic docks all those years ago.

Bearing over Alanya are the Taurus Mountains. Peaks of over 3000m and sweeping valleys add to the incredible landscape. By hopping in a jeep for the day, I saw more of the region’s history – in particular the mountain village of Mahmut Seydi with its 13th Century mosque. Most of the interior is original and with appropriate dress (head scarf and legs covered) I was allowed to enter. There was also an ancient fountain in the pretty courtyard outside.

Beyond these historical landmarks are some other pieces of history that shouldn’t be ignored. The caves. While not man-made, there are plenty of ancient caves in the region with Damlatas Cave and Dim Cave being the most popular.

Venturing down the stairs into Damlatas Cave is like entering a huge cathedral, filled with beautiful stalagmites and stalactites. It was discovered completely by chance in 1948 when construction work began on the harbour. Yes, it’s magnificent inside, but interestingly it’s also famous for its health benefits. The air is known to help asthmatics – with 95% humidity, constant temperature (22°C) and 10-12 times more CO2 than normal air. On average, asthmatics visit for 4 hours each day for 3 weeks to feel the benefits.

Located 12km east of Alanya, Dim Cave is impressive in other ways. Believed to be 1 million years old, there’s a long path through the natural landscape, and a picturesque lake at the end. With its position 232m up on Cebel-i Reis Mountain, it also benefits from incredible panoramic views over the city.

My advice for a trip to Alanya? Explore, explore, explore! Having a guide for one day really helped me to understand the region’s history, but wandering around the castle, checking out the caves and seeing the dockyard from the water brought it all to life!

Have you visited Turkey or the Alanya region? What were your highlights? Let me know in the comments below.

Thanks to the Turkish Culture and Tourism Office and Alanya Turkey for inviting me on this trip. As always, all opinions are my own.