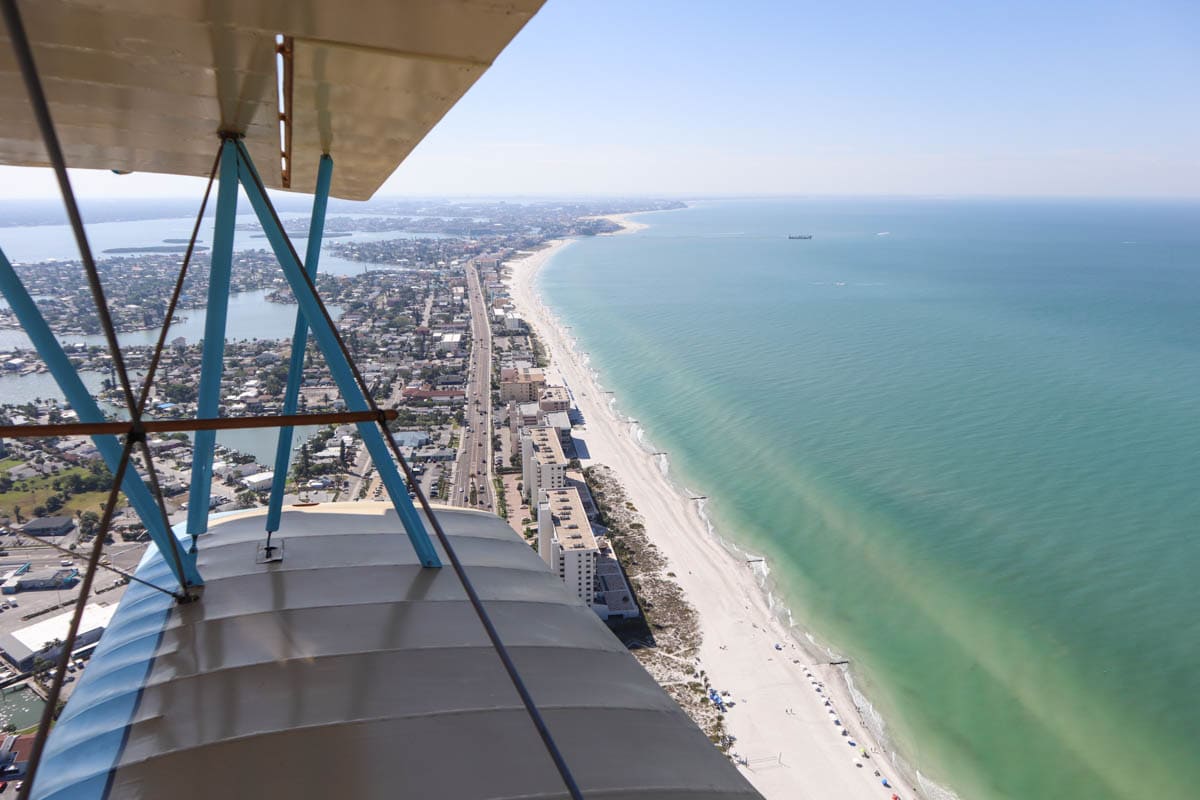 Forget the aisle seat, you’ll definitely be glued to the window when you check out these amazing plane views!

Window seat or aisle? You’ve guessed it. I’m ALWAYS a window seat girl. I mean what’s the point in travelling the world, and not seeing where you’re going? While I love curling up and watching a good movie, for me, the best in-flight entertainment is happening just beyond that window pane.

I often get goose bumps the first moment I spot the destination I’m travelling to – don’t you? Plus, when you book the window seat you know you’ll be able to cocoon yourself into a wonderfully comfy position, and have the edge of the plane to lean on. I honestly think it’s the comfiest seat on the plane.

Thomas Cook Airlines kicked off the heated debate on their blog, and I’ve found it fascinating seeing just how divided people are! Macca is an ambassador for the aisle seat, as he prefers to get up and down when he fancies, grab things from the overhead lockers, and get off the plane quicker once we land. I understand… JUST, but I’d never be convinced to switch!

On average I clock up 40+ flights a year, and some of the plane views I’ve seen have been truly unforgettable. I’ve flown to Alberta in Canada a few times, and spent a big chunk of the flight glued to the window as we soared over Greenland, covered in a blanket of white, with miniature icebergs floating on the water.

With such a passion for island hopping, I always adore flying to the Caribbean. The sparkling turquoise water looks so inviting from the skies, I wish I could jump straight in!

So, time to share a few extra special plane views that I’ve experienced on my travels so far. Oh and don’t blame me if you end up booking a flight…!

Costa Rica is one of my favourite countries, and after visiting for the first time 5 years ago, I was SO happy to return last year.  We spent a few days in Corcovado National Park – one of the wildest places I’ve been, packed full of incredible creatures and beautiful scenery.

The national park is pretty out of the way, so to maximise our time we hopped on a 10-seater plane back to the capital, San Jose. We travelled at a reasonably low altitude, passing over several other national parks and protected areas, and were rewarded with some incredible plane views! Just look at the shape of the land in these photos snapped from my plane window…

Recently I headed back to Split and was in awe of the views as we started to approach Croatia. With deep blue water and the iconic orange tiled houses illuminated by the golden sunlight, the view just screamed CROATIA! The airport isn’t far from the water, so you glide over some seriously beautiful spots just before touching down. Just thinking about it is making me excited to return in August this year!

A few years ago I visited Innsbruck in the summer, and I couldn’t believe the take off! In order to clear the mountains, the pilot has to manoeuvre an extremely steep ascent. I was on a small propeller plane, and it felt like we were going to touch the icy mountains as we jetted off towards Vienna. As soon as the nervy part was over though, I was left with a view of snow-capped mountains, lush landscapes and pretty sprawling towns and villages.

On our trip to Florida last year we were treated to an incredible biplane flight over the beach. It was a vintage plane, and open at the top so visibility was absolutely incredible! I loved gliding over the bright white sandy beaches and watching the waves roll in. There was something so peaceful about seeing the landscapes from up there.

A few years ago I visited Hawaii, splitting my time between Oahu and The Big Island. I still remember the flight between the two. It was totally INSANE! Hawaii’s volcanic landscapes already look like something from a Jurassic Park, but add in snow-capped volcano Mauna Kea, with its numerous stargazing observatories glinting in the light, and it’s a whole different story.

Firstly – who knew Hawaii had snow? It’s a destination associated with paradise beaches, so that certainly came as a surprise!  I also LOVED the views of Diamond Head crater on Oahu. You really see the shape and scale from the sky.

When it comes to impressive cityscapes, Dubai is definitely up there with the best! Last time we flew in, we arrived in the evening and spotted the bright lights of the metropolis in the distance. From my window seat I spotted iconic buildings like the Burj Khalifa (tallest building in the world) and 7-Star hotel Burj Al Arab.

Last summer I snapped this photo as I left Newquay Airport. I’d spent a few days exploring the region and taking photos of the beautiful rocks and jagged cliffs, so it was such a wonderful surprise to see it all from an aerial perspective. From the skies I realised how green the region is, with fields as far as the eye can see. It was also amazing to see the numerous bays and inlets dotted along the coast.

You might remember that for a long time, Japan was top of my bucket list. We finally went last year, and I’m pleased to say it surpassed my expectations. One of my favourite places was the vibrant capital, Tokyo. Arriving to that sea of twinkly lights and neon illuminations is a pretty memorable moment too!

One of of my favourite flights to date, the flight from Chile’s capital Santiago up to Calama in the Atacama Desert takes you right over the Andes Mountains. I was glued to the window for two hours straight, as snowy, jagged peaks with blue lagoons merged with the dry, arid desert.

One of those ‘pinch me’ moments on my travels came when we visited Helsinki in Finland, and were invited to take a  4-seater Cessna flight over the city. I was pretty nervous before as it was the smallest aircraft I’d ever flown in, but the views were absolutely mind-blowing. It’s only when you take to the skies that you see how unique Helsinki is, with a scattering of islands covered in thick forests, surrounded by glistening blue water.

Nothing says San Francisco like a view of the Bay and the city’s famous bridges. This snap was taken around sunset after my first trip to California. I feel like there are only a handful of cities you can recognise from one piece of architecture, and this is definitely one of them.

To be honest, one of the biggest reasons I pick the window seat when I fly home is to see the view of London as the pilot follows the course of the River Thames from east to west. For the best view, sit on the right hand side of the plane, and you’ll have the best seat in the house to see The O2 Arena, Canary Wharf, Tower Bridge, The London Eye and the Houses of Parliament. Nothing says ‘I’m home’ like that view.

So which are you? Window or aisle? Or were you an aisle lover but I’ve converted you?!

Also, have you snapped any amazing photos from your window seat? I’d love to see them! Share your favourites on social media with the #TCAWindowSeat.

This post was sponsored by Thomas Cook Airlines, but as always all thoughts and opinions are my own! 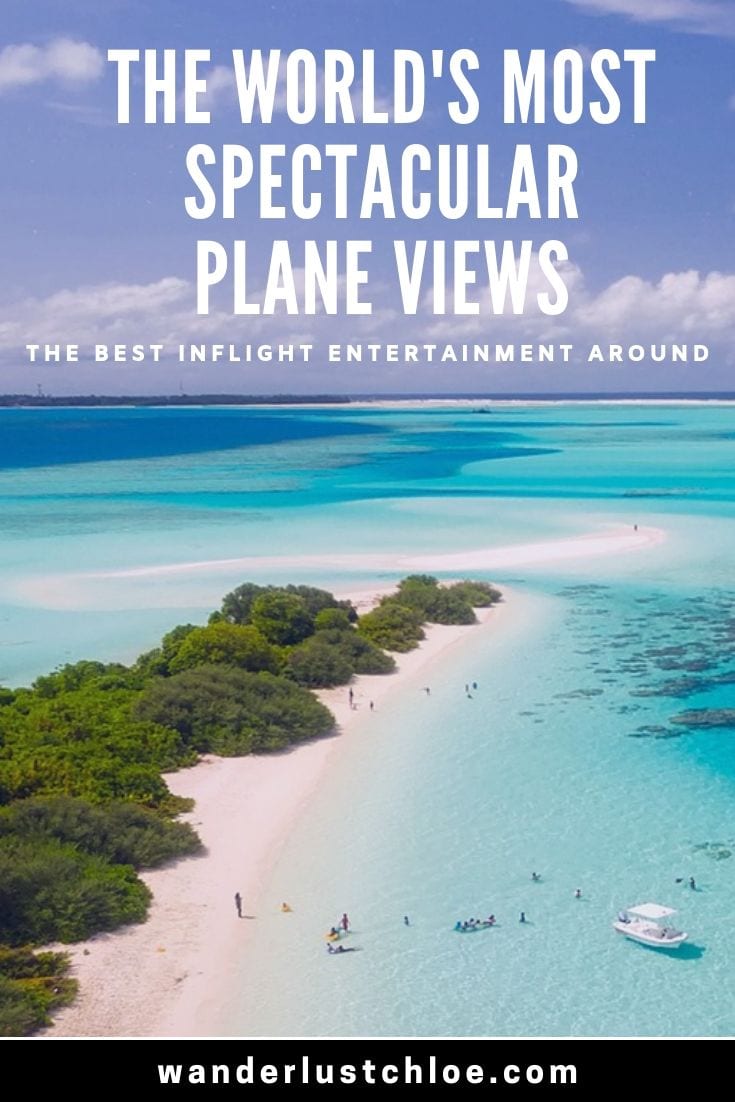