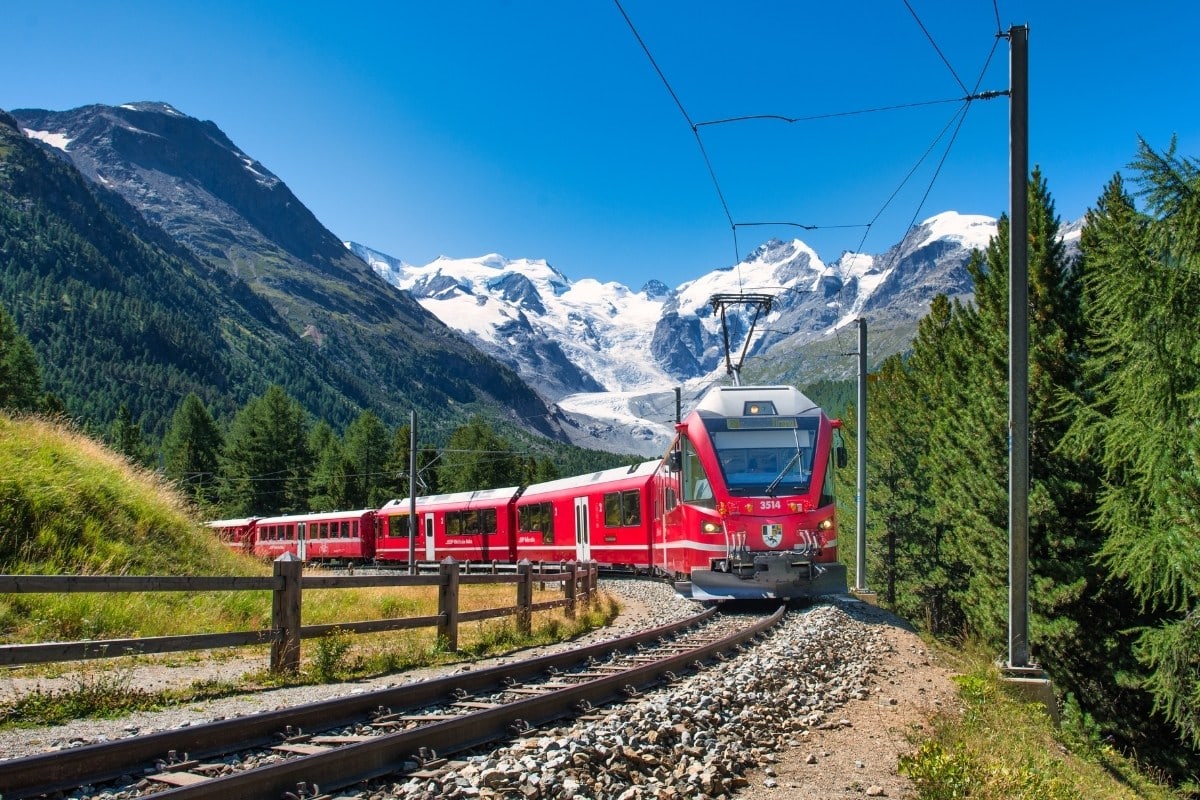 From adventures through Italy, Southern Europe and Scandinavia, to themed itineraries, these are the best Interrail routes in Europe.

One of my favourite ways to travel is by train. There’s something so liberating about gazing out of the window and taking in the ever-changing scenery of a destination.

Some of my favourite train journeys have been through the mountainous landscapes in Switzerland and Austria. I remember the route from Zermatt towards Gornergrat, one of the most scenic train journeys in the world, seeing snowy landscapes all around, topped by the jagged peak of the Matterhorn.

Interrailing: The Low Down

One of the best ways to explore Europe by train is by purchasing an Interrail pass. Can you believe Interrail is celebrating its 50th anniversary this year?! That’s 50 years of amazing experiences for so many generations of travellers.

If you’re not familiar with this way of travelling, Interrailing gives you the flexibility to explore Europe by train. It connects over 40,000 destinations across 33 countries, meaning you can plan a huge trip visiting multiple countries! With so many of us aware at our carbon footprints, train travel is an ideal option as it’s the most environmentally-friendly way to travel.

There are several different Interrail passes you can choose from depending on the length of time you’d like to be away for, including one country passes and global passes. You can use the handy Interrail planner app to put together your trip, and then you’ll just need to organise seat reservations for some journeys. It’s as simple as that.

These passes are available for all ages too. I remember a lot of friends interrailing in their 20s – it seemed like the next step from the post A-Level gap year! But, these days it’s open to all. Whether you’re a solo traveller who is excited to see more of Europe, a family with kids wanting to plan a holiday to remember (especially as kids under 12 travel for free) or you’re in your 80s planning one last hurrah, an Interrail holiday is for everyone!

It’s such a great way to travel, so in this guide I’m going to share some of the best Interrail routes in Europe. From seeing the highlights of Scandinavia, to eating your way around Italy and exploring the most beautiful train routes through the Swiss Alps, you’re guaranteed to find an Interrail itinerary for you.

I’m kicking off with three of my favourite themed routes! These cover food and drink, beautiful Swiss mountains and my favourite time of year – Christmas! These are ideal if you’re looking for inspiration to plan a themed holiday through Europe by train.

This European train route is ideal for all the foodies out there!

This is one of the most beautiful Interrail routes in Europe for scenery. You’ll see spectacular mountain peaks, perfect lakes and picturesque towns. Some of this route is regarded as the most beautiful train journey in the world too – you’ll be glued to the windows!

If you fancy getting festive and visiting some of Europe’s best Christmas markets, this route will take you to 5 great cities across a week.

Coming up are four detailed itineraries for travelling Europe by train. For each destination I’ve suggested a few must-sees, plus some additional day trip suggestions – many reachable by regional trains, covered by your Interrail pass. These are ideal if you have more time and fancy getting off the beaten track.

If you’re thinking of Interrailing in Italy, there is a great route that will take you all the way from the top of the country to the bottom. From seeing the magnificent architecture in Milan and Florence, to feasting on Italy’s best cuisine in Bologna and Sicily, this Italian train route has it all!

This exciting train route passed through three countries in Scandinavia. It’s a journey that will be very different from season to season. Visit in peak summer for lovely long days and time by the water, or wrap up warm for a snowy winter trip through frozen landscapes.

This route is filled with spectacular views, and the route from Oslo to Bergen is often regarded as one of the most scenic train journeys in the world.

If you’re looking for a leisurely train itinerary through France and Spain, this is a lovely option. You’ll visit seven very different cities along the way. Highlights include seeing landmarks such as the Eiffel Tower and the Sagrada Familia, eating traditional paella in Valencia and enjoying the Andulcian culture in Seville.

If you’re looking to see a lot of amazing European cities by train, this is the route for you. This is one of the best Interrail routes in Europe for first-timers too. Train services are speedy and direct, and you’ll get to seven different countries over the course of your trip. If you fancied extending your trip, you could visit London before setting off for Paris.

I hope you’ve enjoyed my suggestions and travel tips. Train travel is a beautiful way to explore the world, so I hope you found the ideal route for you!

To find out more about Interrail or to start planning your trip, visit the Interrail website. It’s full of maps, tips and info on how to book your passes.